The Streetfight is not uncommon in our crowded cities and towns. Temperaments of people differ, and when such person came together, clashes are likely.

When interest clash, a wordy war may lead to a hand to hand fight. Let me take an instance from everybody’s life.

The city is having an acute shortage of water supplied by the water-work department. Where families lived together in a house, have a common courtyard.

Also, have a common bathroom and common tap, quarrels are the order of the day. There are quarrels between taxi-driver and tonga-wala and the passengers.

Last Sunday, I witnessed a terrible quarrel. It is a holiday, I was enjoying a nap in the noon. All of sudden, loud cries and shouts of abuses made me jump up. I rushed to the scene of the quarrel. Ere long, I knew what had led to a quarrel.

Our neighbour, Prem, had come by rickshaw from the bus stand. He had not cared to settle the fare with the taxi driver beforehand.

When you got down from the rickshaw, he offered 30 rupees to the driver. But the latter refused to accept the same. He demanded 50 rupees. But the Prem was not going to pay even a single rupee more. The driver, at last, accepted 30 rupees, but growled and uttered some abusive nonsense.

On hearing, Prem flew into a temper. He pounced upon the rickshaw driver like a tiger. The driver, though he had a long tongue in his mouth, was a bundle of bones.

He fell, crushed under a heavyweight of Prem. Prem rained blow after blow on the poor fellow. His strong arms worked like a hammer. The driver’s forehead began to bleed.

Though beaten, the driver’s tongue did not cease to prattle. He uttered abusive language to Prem. He tried to gripple on him, and in the attempts, he tore Prem’s shirt.

In the meantime, men and women gathered there. They tried to end the scuffle and restore the peace but in vain. Someone rang up the police.

The two constables came running to the spot; Prem and the rickshaw driver pulled apart and marched to the police station.

Quarrels are not the desirable feature of our life. There is a beast in the man and often it gets the upper-hand. Sometimes they turned out to be very dangerous and involve loss of life and property.

We can avoid such quarrels if we follow the golden principle ‘Live and Let Live’. We should not lose temper at the slightest provocation and try to keep ourselves cool-headed even when a heated argument is going on. Losing temper and self-control is the sign of a weak and untrained mind. 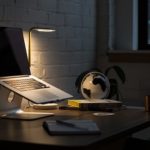 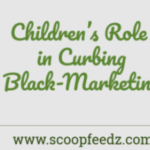